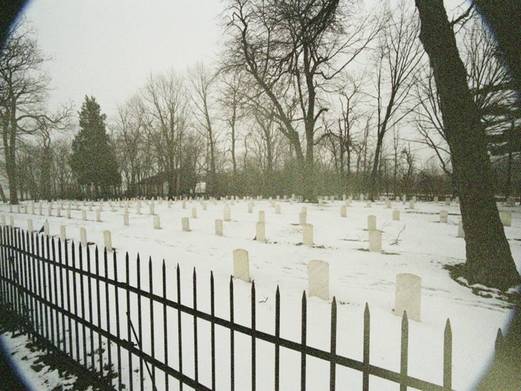 The United States and Canada spent much of the Civil War mistrusting each other and arguing about several nautical incidents. According to the London Times if Canada and the United States went to war, the United States would attack Canada by sea instead of land. The Times said that England’s policy would be to conduct naval warfare on the Great Lakes, devastating the towns on their shores.

The Detroit Free Press said: “There can be no doubt what the duty of Congress is in this matter, even with the present improved aspect of affairs. Our lakes should be at once put in a situation of strong defense as a preparation of what may come in the events of the future.”

No Civil War battles were fought on Michigan soil, but many Great Lakes mariners and ships fought for the Union Cause. It took the Union prison at Johnson’s Island in Lake Erie near Sandusky to bring the Civil War directly to the front doorstep of Ecorse, Michigan, a small village on the Detroit River.  Confederates had tried numerous times to escape from the prison at Johnson’s Island, but the record shows only a few successful escapes before 1864. The year 1864 proved to be a successful year for escapes.

The Sandusky Register reported the escape of six rebel prisoners on January 4, 1864. The Register said that six Confederates – Major Stokes, Captain Stokes, Captain Robinson, and Captain Davis, all Virginians, Captain McConnell of Kentucky and Major Winston of North Carolina made a crude ladder by tying the legs of a bench with a clotheslines across a board at spaces of about three feet, about four feet short of the desired length. They gathered as much civilian clothes as they could from friends in the prison.

With Major Winston leading them, they crept on their stomachs past the stakes or “dead line” to the bottoms of the fence. The changing of the guard made this move even more dangerous. First Major Winston got over the fence, and next came Davis, Robinson, Major Stokes and McConnell. Captain Stokes went last and a sentinel spotted him, but thought he was a Federal officer.

At about 10:30, the men ran, slipped, slid and tumbled across the ice to the shore of the Peninsula. They could hear the sentries cry “all’s well” as they made their way through fields and woods and over fences. A few hours before daybreak they found shelter in a frozen straw stack. They discovered two horses and bridles in a barn, mounted two men to each horse, and galloped toward freedom.  The cold affected Captain McConnell so severely that the finally decided that he could not continue. Captain Stokes had not been able to get enough warm clothing and he too, decided not to go on with the others. He stayed outside the prison for a few days, but then returned. He refused to tell the names of the others.

The remaining fugitives crossed the Maumee River at Toledo about daylight, joining workmen on their way to work. At noon they bought and devoured cheese and crackers at a country store, the first food they had eaten in thirty hours. The night of January 4, 1864, they passed through Monroe, Michigan during a snowstorm, and about ten o’clock they found a French Canadian who gave them shelter. They resumed their journey the next morning and after traveling about a mile, Captain Robinson discovered that he had left his wallet behind. The wallet contained papers revealing him to be an officer in the Confederate army. Major Winston went back to the house and retrieved the wallet without incident.

The fugitives arrived safely at Trenton, Michigan, and inquired of an old man about crossing the Detroit River. In the course of the conversation, the old man remarked that in eighty winters he had never seen such a cold snap.

After dark the men ventured out onto the river ice. At first the going was smooth, but briers and marsh reeds made for slow progress. After about a mile, the ice turned dangerous. A storm a few days earlier had broken up the ice and the men had to scramble over piled up blocks of it. Major Winston felt the ice giving away and one of his feet broke through. He saved himself by leaning on firmer ice and his friends Davis and Winston knelt and pulled him out. His trouser legs immediately froze stiff.

The men did not know what to do. The sweeping north wind would eventually freeze them to death if they stayed out on the ice, but a return to the United States would be equally fatal. Davis moved ahead about ten feet and took a bearing from the North Star. The men could see a light burning on the Canadian shore and moved toward it. Near the shore they ran into another air hole in the ice. They slid up and down looking for firm ice, but found none. Desperate, they ran across the section one at a time. The ice creaked, but it held.

Traveling Through Canada, Sailing from Bermuda to North Carolina

Finally, the fugitives stepped safely on Canadian soil. Davis bent over and kissed the ground as he had vowed to do if they ever reached Canada. They found a French Indian woman who gave them food and a warm place to stay. Then they were taken to Windsor where an innkeeper gave them room and board in exchange for their work as laborers. During their stay in Windsor and Montreal, they encountered C.L. Vallandigham, the copperhead leader who President Lincoln had ordered deported to the Confederacy and several of John Hunt Morgan’s men who had escaped to freedom.

Major Winston wrote to a New York merchant and received a $200 check to defray expenses and pay the passage of the fugitives to Montreal where they had other Southern friends to help them. They traveled up the St. Lawrence River to the ocean and Bermuda. Then they sailed on the blockade runner Advance to North Carolina and home.