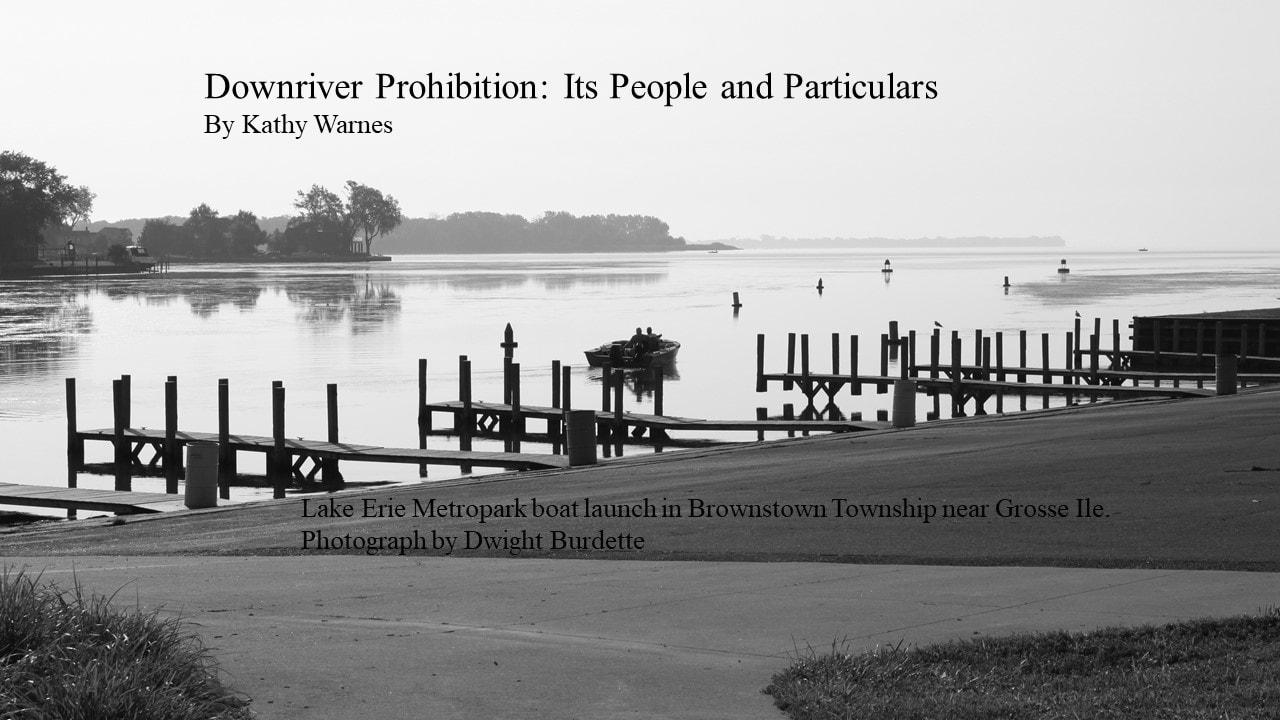 Downriver Prohibition:  Its People and Particulars and Perspectives
I have written a book about Prohibition in the Downriver Detroit communities and I have included Monroe, Toledo, and the Canadian side of the Detroit River in the stories of the “Downriver funnel” for bootlegging and rumrunning. I didn’t include the Purple Gang and the more organized crime aspects of the story, because there are many books about organized crime in Prohibition. Instead, I wanted to paint a portrait of Prohibition from the viewpoint of ordinary people who had varying feelings about the Law and acted on those feelings. I think their stories are just as historically relevant and fascinating as those of Al Capone and the Purple Gang.
This is the synopsis of the book and links to where you can buy it. I will add more links as it is published.

To many ordinary Downriver Detroit, Monroe, Toledo, and across the Detroit River in Canada residents, Prohibition didn't mean the Purple Gang and criminal activity. Many Downriver residents needed bootlegging and rumrunning money to survive the Depression. To others smuggling liquor meant adventure, and to some, defying the Prohibition law meant showing the government their opinion of what they considered an unjust and intrusive law. Here are some of their stories.