Genevieve, the Stone Loupe Garou, and Tonnancour:  a Legend of Lake St. Clair 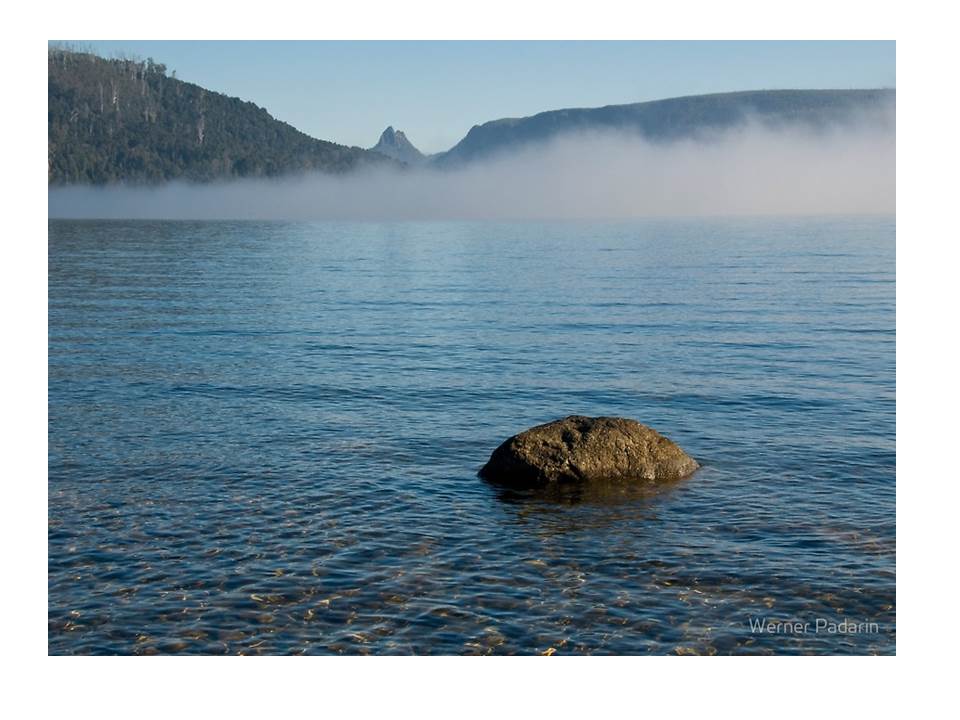 Jean Parent did not regret leaving Quebec to become one of the legions of young French men called coureurs de bois – runners of the woods –and establishing a new home for himself and his daughter Genevieve at Grosse Pointe on the shores of Lake St. Clair.  His parents, his wife, and other cherished people in his life had died, and Grosse Pointe held no hurting memories.  After the Iroquois and French had fought a series of attacks and counter attacks, Samuel de Champlain, administrator and unofficial governor of New France, had arranged for the coureurs de bois to live with the Native Americans, learn their language and customs, and help the French adapt to their new lives in North America. The coureurs de bois became fur traders, explorers, and important citizens in New France. Jean Parent adapted and became an important citizen, but one part of his life remained the same. He loved his daughter Genevive just as fiercely in Grosse Pointe as he had in Quebec.

Another Frenchman, Jacques Morand, had come to New France with Daniel Greysolon, sieur du Lhut, French soldier and explorer,  as one of the 50 men who founded Fort St. Joseph near Port Huron. Daniel Duluth and his men built Fort St. Joseph in 1686 to prevent English traders from operating from the upper lakes. The second white settlement in Lower Michigan, the fort guarded the Detroit River- Lake St. Clair -St. Clair River links connecting Lakes Huron to Lake Erie.  When Genevieve Parent did not return his intense passion for her, Jacques Morand consulted with an infamous Detroit witch and according to the legend, became a Loup Garou, a French werewolf, to capture and keep her for his own.

The lives of Jean and Genevieve Parent and Jacques Morand merged and clashed on the shores of Lake St. Clair and their story still permeates the sand and whispers in the wind and waves. When the evening mists skim the waters of Lake St. Clair like a wall of sail boats drifting toward the perilous solace of rocky shores, the French story teller emerges from the mist and settles comfortably on an ancient rock. Lake St. Clair herself is both as ancient as its Wisconsin Ice Age Glacier parent and as modern as freighters making their way across her on their journeys to and from the Gulf of St. Lawrence to ports from Watertown, New York across the Great Lakes to Duluth, Minnesota.

Lake St. Clair is as French as the French explorer Rene Robert Cavelier, Sieur de La Salle, who discovered a fresh water lake during an expedition in the Great Lakes region exploring new territory for France. He named the lake Lac Sainte-Claire because he and his men discovered it on the feast day of Saint Clare of Assisi. Louis Hennepin, who chronicled the expedition, noted that the Iroquois called the lake Otseketa, a word that contrasts the sweet water of Lake St. Clair and its larger but equally sweet water neighbor Lake Huron with the mingled sweet and salty waters of the Gulf of St. Lawrence and the Atlantic Ocean.

Tonnancour and the Petrified Werewolf

A stone that in the perspective of legend fanciers resembles the frozen face of a werewolf frozen in time and frozen for unrequited love, rests on a sandy Lake St. Clair beach, on the rustic summer retreat called Tonnancour which is located in Grosse Pointe Farms, between Moross Road and Provencal Street. The same legend fanciers also perceive the remnants of the Bonsecour shrine that Genevieve and her father Jean built in the distant 1690s when they lived on the property.

The modern Tonnancour inherited its name from the 18th century stone mansion that Rene Godefroy de Tonnancour built on the St. Lawrence River at Three Rivers, Quebec. Detroit businessman Theodore P. Hall’s wife Alexandrine was a Godefroy descendant and together they built the modern version of Tonnancour in 1880 as a summer home and retreat at Grosse Pointe. As well as pursuing his interests in literature and agriculture at Tonnancour, Theodore P. Hall and his wife Alexandrine helped perpetuate the legend of Genevieve Parent and Jacques Morand.

The Stone and the Shrine
In about 1690, the stone was still a man, the man Jacques Morand, the French adventurer and explorer obsessed with Genevieve Parent.  In about 1690, Genevieve and her father Jean were still building the shrine on the beach of Lake St. Clair. During one spring circa 1690, Genevieve had already written to her aunt who was the mother superior at the Ursuline convent at Three Rivers for permission to join the Ursuline community. Jean Parent had reluctantly agreed to his daughter Genevieve becoming a nun, because he adored her and wanted her to be happy. She warmed his life with her cheerful and loving nature and sparked happier memories of his life in Quebec.

Genevieve’s charm touched the lives of others that she knew and eventually suitors came to woo her and ask her father Jean for her hand in marriage. Genevieve refused them all, for she considered herself already married to the Catholic Church and every day she waited anxiously for the letter from her aunt granting her permission to join the convent. The disappointed suitors gradually transferred their suits to more receptive maidens, all of them but Jacques Morand.  No matter how any times Genevieve told Jacques Morand that she belonged to God and the Church, he tried to open her heart to his earthly offers. All of the while Genevieve waited for her aunt, the Ursuline mother superior’s answer, Jacques Morand implored Genevieve to change her answer to his suit from no to yes. His desperation and determination to marry Genevieve at all costs rose to a fever pitch as the spring turned to summer and summer to autumn.

While she waited to join the Ursuline convent, Genevieve spent most of her time fasting and praying, but she often visited a shrine on the edge of the forest where under an ancient oak tree, some early pioneers had built an altar to Notre Dame de Bonsecour.  Although Genevieve often visited the forest shrine, her heart yearned toward the rocks and waves of the Lake St. Clair beach. Unable to refuse his daughter anything, Jean helped her create a shrine from Lake St. Clair rocks she picked up on the shore, and she fashioned an altar and placed a statue of the Blessed Virgin Mary on the altar. Soon she spent more and more time at the altar on the beach, because it soothed her waiting and she felt at one with the winds and the sands and the waves. Often it seemed to her that a mystic chord connected the forest altar with the one on the beach and the birds singing and wind rustling in the leaves made the chord vibrate in her soul.

Jacques Morand did not stand idly by. When he wasn’t melting into the flitting forest shadows around the Notre Dame de Bonsecour shrine in the forest or hiding behind rocks and sand to observe Genevieve at her beach altar, he visited an aged Native American woman with a reputation for being a witch in league with the Devil.  She told him that if he would promise to sell his soul to the devil, she would grant him the ability to change himself into a Loup Garou or rougarou – the French word for werewolf -  so that he could capture Genevieve and carry her away.

The parts of the Loup Garou legend that mattered most to Jacques was that as a Loup Garou he would be strong and agile enough to capture Genevieve and carry her away. He agreed to the Native American witch’s terms and he continued to alternately beg Genevieve to change her mind and stalk her as she went about her daily life.

Finally as the leaves flaunted their fall colors in winter’s emerging face, the answer came from Genevieve’s mother superior aunt in the Ursuline convent. Genevieve would join them as a novitiate at the convent. Word of her acceptance spread throughout the community and Jacques soon heard the news. Genevieve skipped with happiness as she hurried to the shrine in the forest to give thanks, leaves crunching under her feet and the bare trees from which they had fallen reached out their branches as if to protect her.  After she gave her heartfelt thanks for her acceptance into the convent, Genevieve rose from her knees and clutching the cross in her hand, she walked slowly through the forest toward Lake St. Clair and her beachfront shrine.

Inflamed by her happiness which he had no hope of sharing, Jacques could wait no longer.  He transformed into his Loup Garou form, and he sprang in front of her with gleaming eyes and arms reaching to capture her.  As nimble as a  Lake St. Clair wave, Genevieve leaped away from him and ran on wings of the wind toward the lake.  It seemed to Genevieve as she ran that the Loup Garou and Jacques were interchangeable and at first one shape and then the other bounded after her.

When Genevieve reached her altar of rocks on the beach with the Virgin Mary standing guard, she threw herself at Mary’s feet, pleading for aid and protection. Genevieve felt the crushing force of Jacques and the Loup Garou and its determination to overpower her soul and will to resist. With a final despairing cry to Mary for mercy, she fainted. The Loup Garou leaped onto the rocks and prepared to scoop up the unconscious Genevieve and run away with her.

Suddenly, neither the werewolf nor the man within him could move.  His limbs froze in place and then neither he as Loup Garou nor Jacques could think coherent thoughts about anything, not even Genevieve. Heaven had heard Genevieve’s prayers. Loup Garou and Jacques had turned to stone.  According to Legends of Le Detroit, the Nun of Ste. Clair, his stone image can still be found on the Lake St. Clair shore at Tonnancour, built on the inherited family property.

The legend tickles imagination.  With the danger of Jacques, the Loup Garou, removed, did Genevieve continue with her plans to join the Ursuline convent?  Or did she reconsider her plan to be a nun and marry and have a family after all?  Whatever her fate, Genevieve didn’t entirely escape Jacques Morand as the Loup Garou after all. If one believes the legend, his stone remains, frozen in time and place, lie on the beach on the property that she and her father owned and near the site of the altar that she and her father built.

The Hall Family of Tonnancour – Thomas Brunk – Grosse Pointe Historical Society
Thomas Woodford. Tonnancour:  Life in Grosse Pointe and Along the Shores of Lake St. Clair, Volumes I and II, 1994.